Everyone who is on the fitness scene inevitably comes across them. Miracle supplements are supposed to melt fat overnight or accelerate muscle building insanely fast.

There are many more or less useful dietary supplements on the market.

One of the few scientifically proven supplements that positively affects muscle building and strength is creatine. In this article, you will learn everything necessary about the best-researched supplement!

Creatine is a metabolic product that the body extracts in small quantities from food and then forms itself. It is composed of the amino acids L-glycine, L-methionine, and L-arginine.

Production and synthesis take place in the liver as well as in the kidneys and pancreas. Subsequent storage takes place in the skeletal muscles.

How does creatine work?

ATP consists of one molecule of adenosine and three molecules of phosphate. When energy is released by exertion, one phosphate molecule splits off. ADP (adenosine diphosphate) is formed.

The provision of energy, or the reconstruction of ATP by creatine, occurs primarily in the first 1-10 seconds of movement. This period is typical for anaerobic power output, such as in weight training.

The metabolite is, therefore, very effective in providing energy as quickly and efficiently as possible.

The influence of creatine on muscle building

The fact that creatine optimizes the renewed provision of ATP is the first indication of a positive effect on muscle building. After all, more energy also means a higher load capacity. This leads to an increase in strength and training performance.

This results in various advantages for your training and muscle growth:

Creatine is extremely useful, but do not confuse it with a miracle cure. It supports you during your training and regeneration. The dietary supplement unfolds its full potential only in combination with the three pillars of nutrition, training, and regeneration.

So by taking the supplement, you can verifiably increase your performance in the gym, thus setting new stimuli and better stimulating muscle building. However, this optimization takes place over time. So do not expect a change from one day to the next.

Other effects of creatine

The supply of creatine increases the water absorption in the muscle cells and, thus, the muscles' size. However, do not be afraid of large water retention! Instead, this effect gives your muscles a fuller look! Furthermore, protein oxidation can be lowered, which additionally supports muscle building!

Protein oxidation describes the decay or damage of protein molecules. By reducing protein oxidation, protein biosynthesis can be carried out more efficiently, which results in better muscle growth.

Myths and supposed side effects

There are many myths surrounding creatine. It is said to cause hair loss, kidney damage, dehydration, and cramps. However, it is the best-researched supplement, and taking it is considered safe and harmless.

If a dietary supplement had these side effects, it would not be so popular, let alone approved. Therefore, these rumors can be classified in the realm of myths.

The dosage forms of creatine

You can take it either in powder form or in capsules. This is primarily a matter of personal preference. However, the powder variant is significantly cheaper.

There are now various compositions on the market, which are all advertised with different properties. However, you should go for the classic creatine monohydrate.

This form is the one that has been used as the research basis for the effectiveness of creatine in science. Almost all findings about the positive effect of the supplement on muscle building can be attributed to creatine monohydrate. It also represents the most cost-effective variant.

Other variants, such as creatine, HCI, AKG, or Kre Alkalyn, promise even better effects, but this has never been scientifically proven. They are significantly more expensive than the proven creatine monohydrate.

The intake of creatine

Generally, it is recommended to supplement creatine permanently if you want to benefit from long-term effects. Here you should rely on a supply of 3-5 g per day to get the desired effect. This amount is ideal for verifiably increasing strength in 1-10 repetitions.

Animal products such as beef contain creatine. However, the amount that one would have to consume would go beyond a typical diet. Therefore, it is recommended to take creatine as a supplement.

A permanent intake also has significantly more advantages than the creatine cures practiced in the past. These rely on dosages of 20-25 g to quickly fill the creatine storages in the muscles. However, this is not advisable, as such large amounts may lead to nausea and diarrhea.

When to take creatine is often the subject of numerous discussions. But do not worry about it—intake time does not matter at all.

The effectiveness of creatine for muscle building cannot be ignored. The rapid provision of energy during anaerobic power efforts improves both the power output during training and the stimulation. As a result, your body becomes increasingly resilient.

So, you can improve your muscle growth to some extent. In addition, the powder is easy and cheap to purchase and offers an optimal price-performance ratio. It is suitable for strength athletes and athletes from other disciplines, such as sprinters or shot-putters.

However, you should be aware that creatine will undoubtedly have zero impact on muscle building if you do not pay attention to the three pillars of training, nutrition, and recovery. If these points are not done right, even a well-researched and effective supplement will not do you any good. 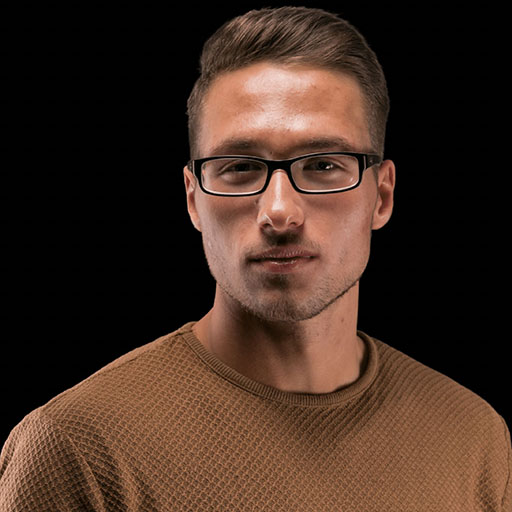